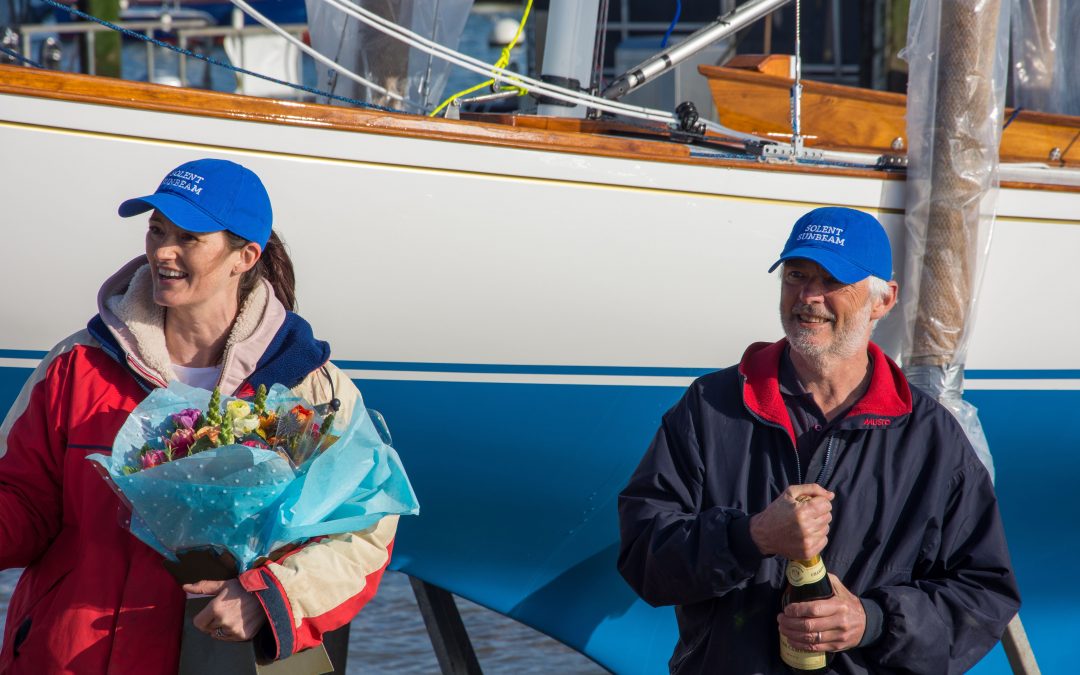 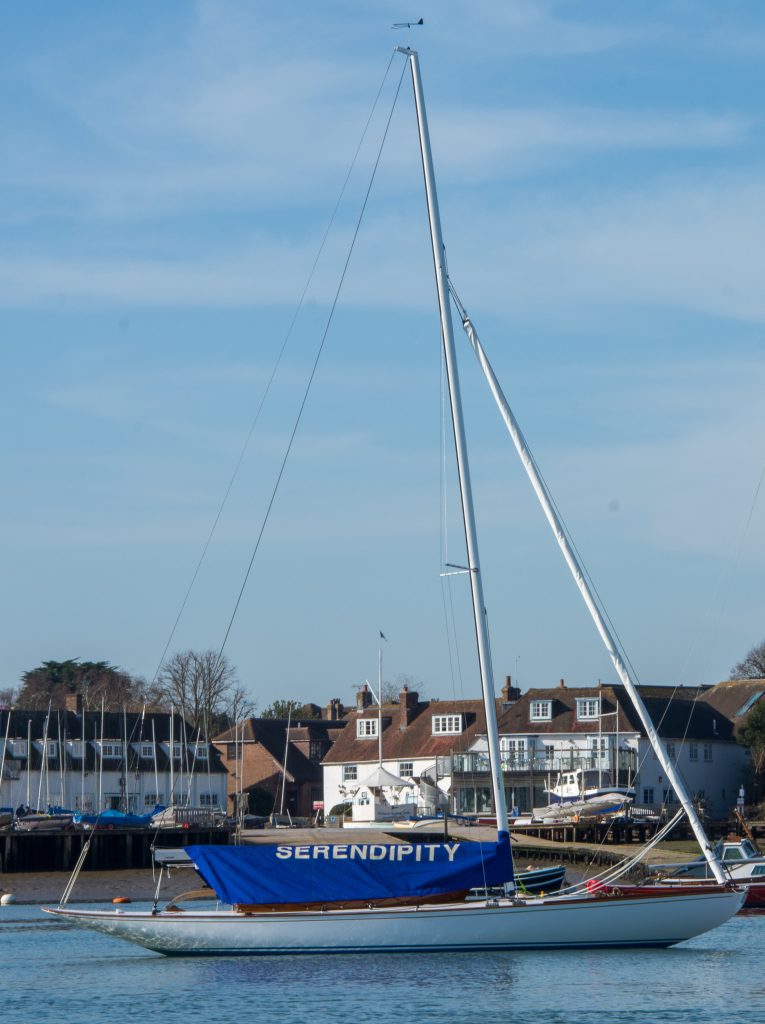 The Solent Sunbeam Class is excited to announce the latest addition to the fleet with the launch of V72, ‘Serendipity’ at Itchenor on the 30th March.

The latest addition to this 98 year old classic keelboat class is the eleventh GRP Solent Sunbeam to be launched and the ever-growing fleet, sailing from Itchenor Sailing Club, now comprises 23 traditional wooden boats and 10 GRP versions, all racing together on an equal basis.

The new owners are Adrian and Nikki Edwards from West Wittering. Nikki Edwards explained that she first saw a Solent Sunbeam whilst sailing in Chichester Harbour in 2020 with husband Adrian. A Sunbeam passed close-by and she was so captivated by the beautiful lines that she turned to Adrian and asked him if she could “have one of those please?”.

After two trial sails the purchase was agreed, the hull was moulded on the Isle of Wight and she was finished and rigged by Haines Boatyard at Itchenor.

Adrian, as an experienced racer, is very much looking forward to the challenge of racing in this established and active fleet, having competed over the years in a variety of dinghies and keelboats, most recently sailing in the Victory Class in Portsmouth. Notably, the Victory Class is another local design which has also embraced wooden and GRP boats racing on an equal basis.

Nikki Edwards spoke the following words at the launching ceremony:

The word “serendipity” was coined in 1754 by Horace Walpole. He drew it from an English variation of the Persian fairy tale “The Three Princes of Serendip,” which was about three princes who always made discoveries that they were not looking for on their adventures. “Serendip” is the Old Persian name for Sri Lanka, originally from Sanskrit “Simhaladvipa,” meaning “Dwelling-Place-of-Lions Island.”

We are choosing the Hindu deity Matsya, which in Sanskrit means Fish. Matsya is one of the incarnations of the Hindu god Vishnu.  In this appearance Vishnu saved the world from a great flood.  It seemed an appropriate deity to launch a vessel.

So without further ado:

I name this yacht, Serendipity, may Matsya bless her and all those who sail in her.

We wish Adrian and Nikki many happy years in sailing ‘Serendipity’.