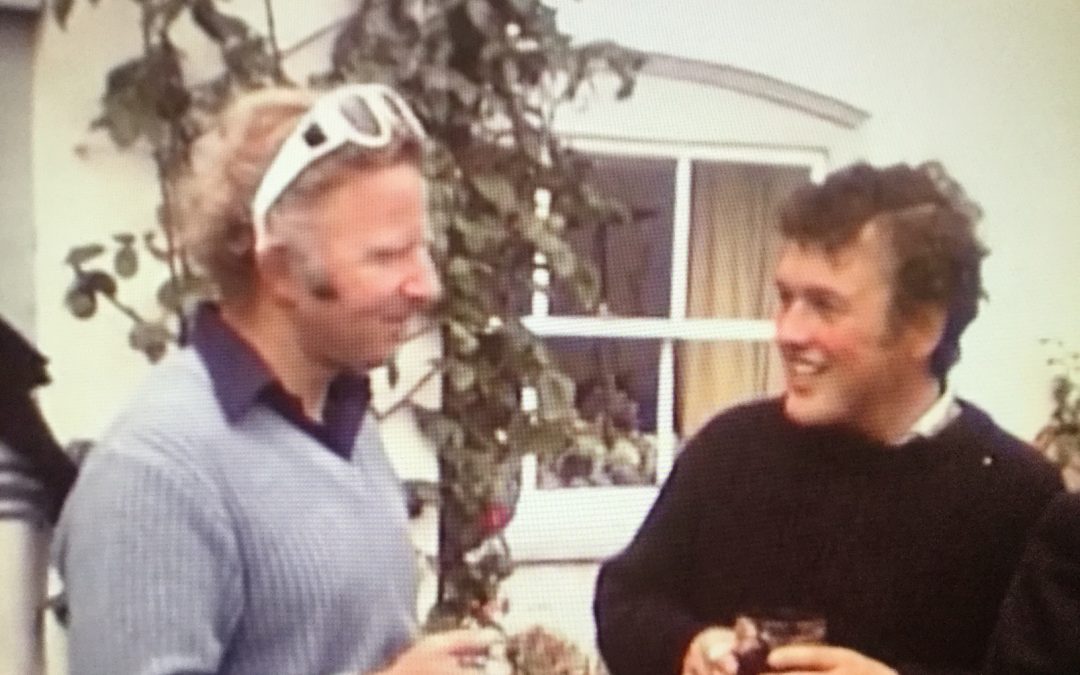 We were very saddened to hear that Mike Williamson died on Tuesday 3rd November.
Peter Nicholson and Richard Dale have kindly given us their memories of Mike’s time as a Sunbeam owner, sailor and friend.

Mike owned and successfully raced Sunbeam V14 Santa Baby for nigh on 50 years. When he bought Santa Baby, back in 1958, the Solent Sunbeam Class was in a parlous state. So far only ten boats had been gathered back to Itchenor, where turnouts were seldom more than three or four boats. Just seven had raced at Cowes Week. Mike then became Sir Henry Chisholm’s right-hand man in successfully reviving the class.

Mike Williamson with his experience in the International Dragon fleet raised the standard of helmsmanship. He was part of the Dragon class support team at the 1968 Olympic Games in Mexico.

At Itchenor S.C.  Mike kept winning races in his Sunbeam – even without changing his favourite mainsail for more than a dozen years.  Amazingly this was not infrequently when sailing single handed with expertly managed spinnaker hoists and drops. These racing successes resulted in him winning the McMeekin trophy seven times during the years from 1965 to 1978.

Mike was Class Captain from 1960 to 1962 and he went on to play a most influential part in modernising the Solent Sunbeam fleet by moving the mast to allow a better sail plan, introducing variable jib tracks, replacing the mainsail horse with a track and using adjustable outhauls and kicking straps. All of these continue in use to this day and have made a significant contribution to the increased appeal of our beautiful boats.

He also actively supported fostering the relationship with the Falmouth Sunbeams with team racing and he helped Henry create the unified Sunbeam Class.

He may not have held office at ISC, but his legal advice was invaluable, and he was awarded the Burnford Needle for “40 years’ service to the Club including Committee Member, Honorary Coxswain and Sunbeam Class Captain.”

His death marks the end of an era. He stands alongside Sir Henry Chisholm as one of the great promoters of the Sunbeams, if for no other reason than simply by making us such a friendly group that was attractive to join. Mike wrote “We had a tremendous amount of fun in those old days”.

Mike Williamson raced to win. He usually won. Yet anyone who raced against him or crewed for him remarked how calm and courteous he was; “Such a quiet, understated, very kind man.” He has left a lasting legacy that will be long appreciated and remembered by all who knew him.

From all in the Solent Sunbeam fleet, we send our condolences to Diana and to his daughter Jane.

And to Mike we send our fond farewells.  Sail on in peace.

From the Officers and Members of the Solent Sunbeam Fleet.