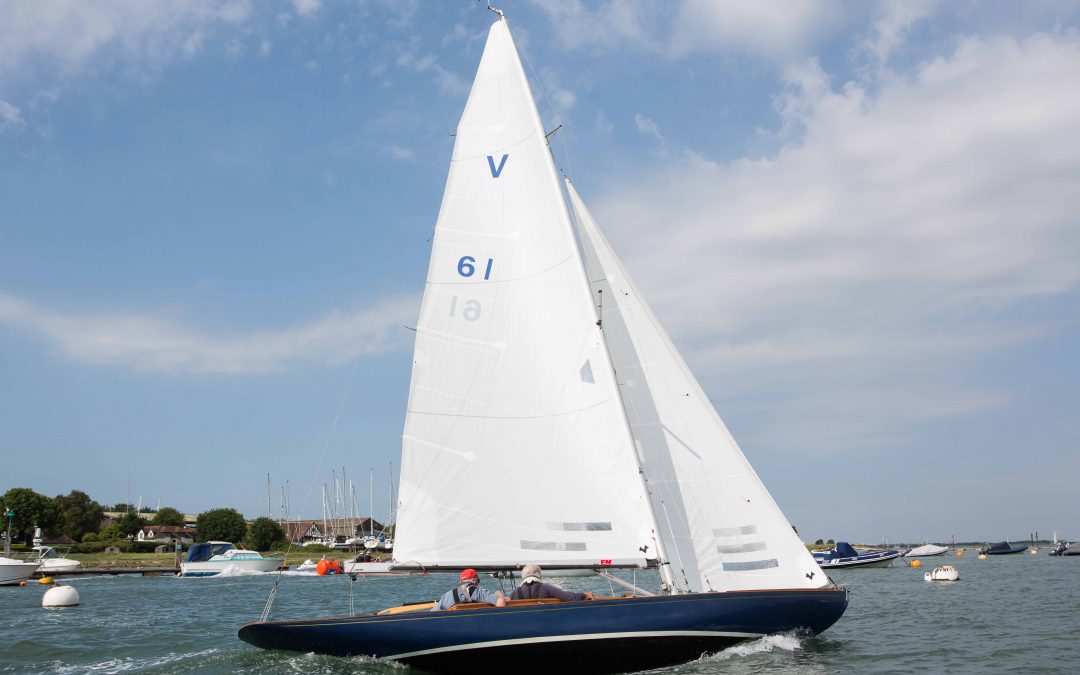 Peter Taylor MBE is Chairman of Cowes Week Limited and has recently purchased a Solent Sunbeam. He tells his story.

“I am excited to have come into the Class in its 95th year. It’s significant that Sunbeams have raced at Cowes Week every year since 1923 (with the exception of the war years) and we are hoping for an especially good turnout this year.

“I’ve sailed many keelboats, including Solings, Dragons, Swallows, Darings and XODs, I have also raced in Sigmas, X332’s and various Swans to mention a few. I have particularly enjoyed racing the Sunbeam – she is such a lovely boat to sail.

“She is Betty, sail number V61, and has one of the new GRP hulls. However, I don’t think there is any difference in performance or looks between the wooden and GRP versions.

“She’s easy to race with two people in most conditions, so once we get used to the boat we will not need to go and hunt out crew as I am sharing with Robin Richardson, a former Swallow and RS 800 sailor. It’s taking us a bit of time to work out how to get her going, but she’s generally within the main body of the fleet”.

Peter, a retired engineer and former barrister, is also a past commodore of Itchenor Sailing Club and The Royal London Yacht Club and was one of the founders of Cowes Classics Week. He is also an International Sailing Judge and International Race Officer, which has included Sail for Golds, the Weymouth Olympics, Six Metre, Etchells and Tempest Worlds, several Etchells Europeans, International 14 Worlds and Europeans and two Mirror Nationals at Itchenor.

Having sailed worldwide, including in the Middle East, he now lives at Itchenor.

Asked for his most memorable highlight of this period, Peter said, “We’ve seen massive growth in Cowes Classics Week. Since its inception in 2008 with around 40 entrants it has grown into a significant regatta. It was also a great honour to be invited to become Chairman of the internationally famous Cowes Week, the longest-running and largest regatta in the World, but Itchenor is where my heart is, and racing keelboats in Chichester Harbour is second to none.”