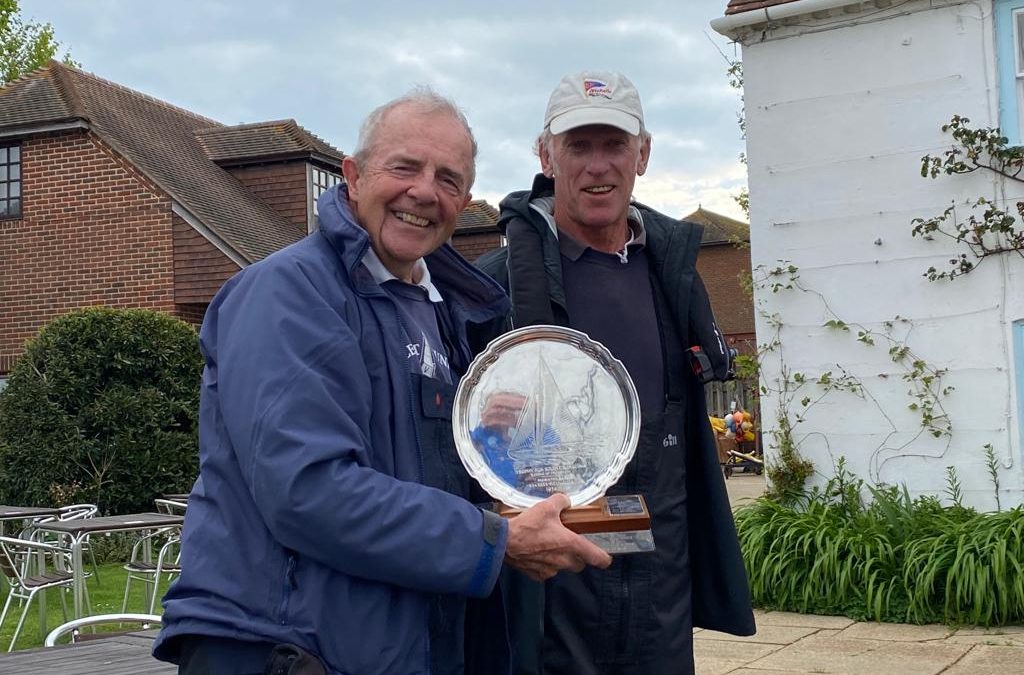 The Rees Reynolds Trophy is a one-off race, also forming part of the Out of Harbour Series. It is a navigational based out of harbour start and finish race, in the Eastern Solent, binoculars required and involving multi mile legs.

This year did not disappoint with a three hour race, and going left or right up the first beat or 30 degrees off the rhumb line to a mid-race mark proving crucial. Large black clouds coming from the direction of Goodwood race-course, clearly visible on the downs also played a major part in pressure changes and lifts/knocks.

8 Sunbeams set off down harbour with the last of the ebb at @ 9.30am with the northerly taking us to the harbour mouth and over the bar in flat water in double quick time. Molly contrived to run aground on the way out off the Astra ledge, (seems to be silting up more each year). Perfect Solent Sunbeam conditions beckoned to stretch our legs in open water.

The Commodore of ISC, Andy Fitz and his PRO team set up the race-track south of the Hayling Bay race marks with a beat to WE. It is located just off the beach and only about three foot in height and less than 9 inches wide…..difficult to spot so just race to windward until you get closer.

V26 Danny won the well laid pin end of the line from V68 Sky and V61 Betty, followed by V72 Serendipity, V36 Melody and V47 Kitty, and proceeded to go left. V66 Molly and V46 Spray went right, and the fleet soon separated. Molly found pressure and a starboard lift and found herself 200 yards ahead of the second boat at the windward mark.

Danny meanwhile having gone left saw the pressure on the right and worked her way over for it to run out by the time she got there and was back in 7th at the windward mark. The Rees Reynolds is a long Cowes week style race. A run back to Chi and fetch back to WE followed; the wind having gone right. Molly held her lead during these two legs, followed by Spray and Kitty who had worked up to 3rd. The remainder of the fleet were closely bunched. Rounding WE for the second time, the trick was to find the Winner buoy. Molly, followed by the leading boats, stayed high. Danny took a lower line which proved to be correct, and the leading boats converged with Danny at the Winner and gybed onto port for the nearly 2.5 mile leg to Dean Tail, which was hiding next to two IALA marks. The breeze was falling slightly on this leg and the fleet was fortunate that the outer reaches to the Solent remained relatively calm. This leg was a major test of patience and it seemed that the following fleet, staying slightly lower on this leg than the leading bunch, slowly made up ground so that by the  time of rounding Dean Tail, the fleet was within 150 yards of each other. On the approach to Dean Tail, the PRO shortened course so that the next mark became Rizzi followed by a finish near Chi.

The beat back to Rizzi was a challenging leg, with a number of dark clouds moving slowly across the course affecting both wind strength and direction. Sky and Betty who were the Northerly boats of the fleet, benefited from a significant lift and wind increase and for a time looked good. Indeed, Danny crossed on port to cover their position. Then it was the turn of Spray, the most South Westerly of the fleet, to gain and when she tacked onto port, she crossed very close behind Danny. Much other place changing happened as the fleet approached Rizzi, but the fetch back to the finish at Chi gave little chance for gaining ground.

Congratulations to Danny in retaining the Rees Reynolds trophy. Well done to Spray in a solid 2ND place, and Kitty taking third. Whilst a full day investment is required to take part in this one-off event, participants I am sure will confirm it is a wonderful day out with friends on the Solent for a different type of race. Thank you to the PRO team and I look forward to seeing you on the water as May progresses, with the Chittagong weekend and ISC Regatta coming up. 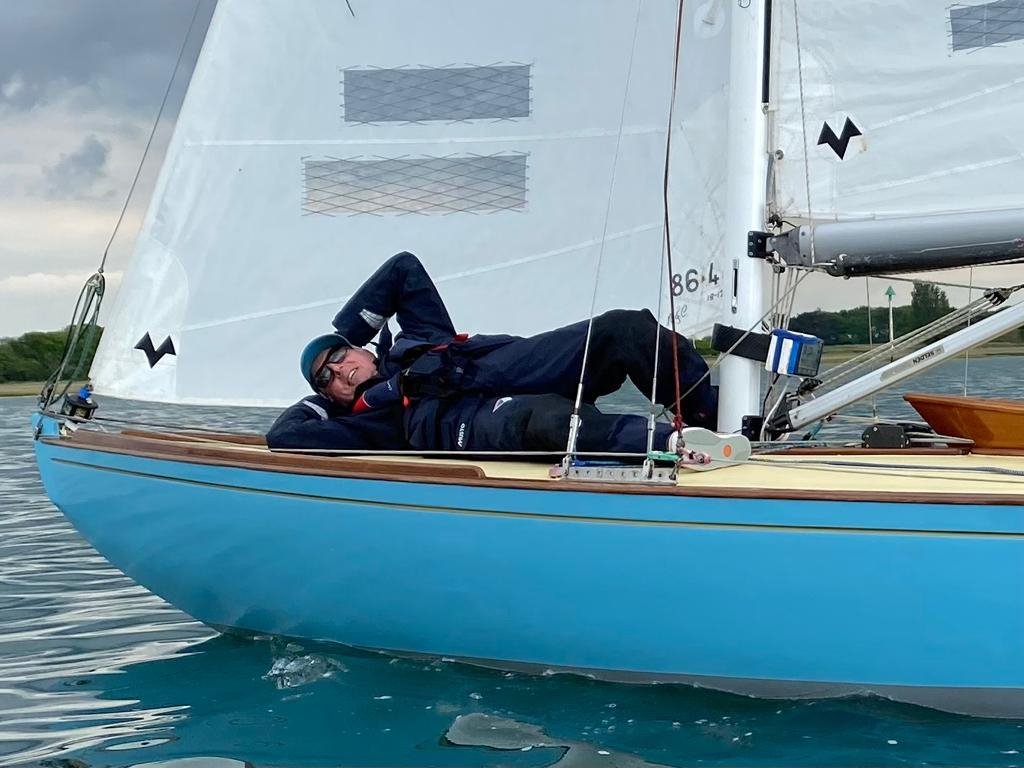