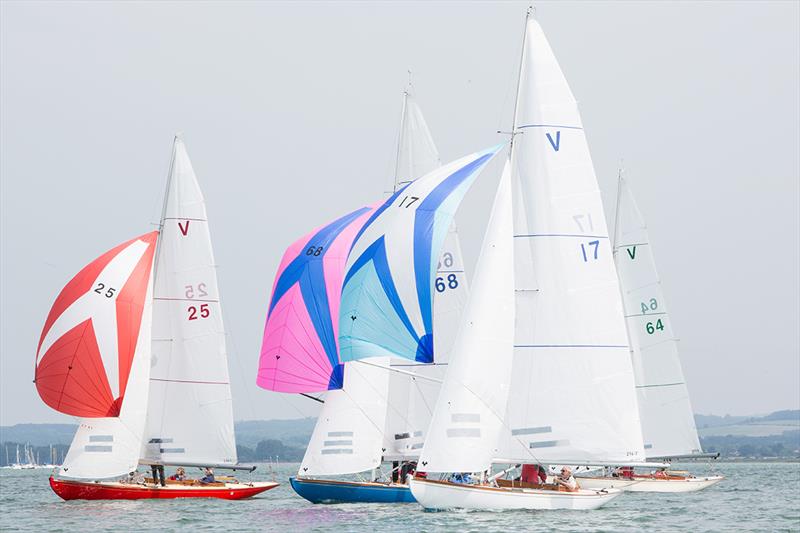 As one would expect from a fleet of classic yachts dating back to 1922/23, some of the origins and names of the regattas, cups and events are steeped in history. We take a look at the busy May events for the Solent branch of this very active fleet which sails from Itchenor Sailing Club, on Chichester Harbour.

The 4th and 5th of May 2019 will see an enthusiastic gathering of the Sunbeam fleet taking part in the Chisholm Weekend, which comprises intensive back-to-back races on Chichester Harbour, competing for the Chisholm Weekend Trophy. The event is always well-attended as it is the first weekend of two-day racing for this popular classic keelboat, but what is the origin of the name of this event?

The weekend racing event is named after Sir Henry Chisholm, who was a passionate and enthusiastic sailor in the fleet during the 50s, 60s and 70s. Sir Henry bought Sunbeam V24 Fay in 1957 from a boatyard in Bosham and restored her to racing class condition. He became Class Captain of the Solent Sunbeam fleet in 1964 and held the post for 11 years during which he became a hugely important figure in the revival of the class and the restoration of many of the historic boats we see racing today.

The Chisholm Weekend commemorates the enthusiastic leadership that Sir Henry brought to the class which saw its complete reorganisation and revitalisation. During his Captaincy, Henry rescued many of the fleet from oblivion, finding hulls in obscure locations and ‘encouraging’ a significant number of new owners and regular racers into the class. It’s a fitting tribute to this important character that the first weekend of racing is named after him!

At the end of the month, the class will get together for an open series of racing with the winner receiving the Chittagong Cup. The origins of this event date back to the early 1990’s when the then Class Captain, Kirk Webster, presented the cup to the fleet. Kirk had acquired the silverware from another owner, Kenneth Bailey, whose father had been given the trophy to mark his retirement from the Chittagong Railway in Bangladesh! So, although not originally connected with sailing, the name has become synonymous with this active and hugely competitive classic fleet of keelboats!